Bahrain's First Lady of Culture does the Kingdom proud. 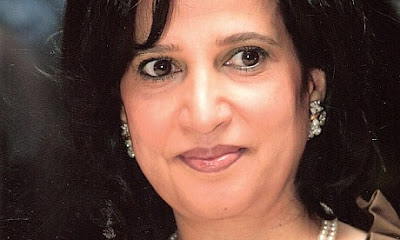 For those who aren't aware, here's a little background behind the establishment of  Comité Colbert:

''Louis XIV made Jean-Baptiste Colbert his Minister of Finance in 1661, then Superintendent of Royal Buildings, Arts and Manufactures in 1664. A man of vision, Colbert left his mark on French economic history. He encouraged the creation of manufactures that were State-owned (Les Gobelins, Beauvais, la Savonnerie) or privately owned (Saint Gobain, among others) to produce goods for export (e.g. luxury items, textiles and steel). He promoted exports by building up the navy, developing harbors and created a trading company in 1664 (La Compagnie des Indes orientales et des Indes occidentales). The man who made French craftsmanship worldfamous, Colbert also helped establish networks of excellence outside France.

A cultivated man, he founded the Académie de France in Rome and the Comédie Française theater company in Paris. A man of taste, he was convinced that it was imperative for French culture to shine on the international scene. His career explains why his name has been adopted by the Comité Colbert, a group of companies whose exports account for 82% of sales on average and which perpetuates France’s reputation for excellence worldwide.''
at 6:59 AM