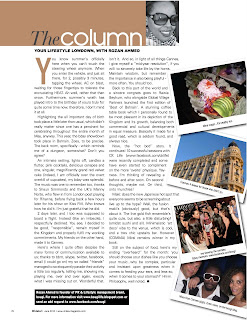 As seen monthly in Bahrain's Oh La La Magazine...
You know summer's officially here when you can't touch the steering wheel anymore. When you enter the vehicle, and just sit there, for 2, possibly 3 minutes, tapping the wheel, AC on blast, waiting for those fingertips to tolerate the excruciating HEAT. Ah well, rather that than snow. Furthermore, summer's wrath has played intro to the birthday of yours truly for quite some time now, therefore, I don't mind it at all. 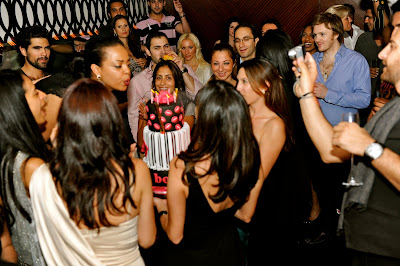 Highlighting the all important day of birth took place a little later than usual, which didn't really matter since one has a penchant for celebrating throughout the entire month of May anyway. This year, the bday showdown took place in Bahrain. Zoes, to be precise. The back room, specifically - which reminds me of a dungeon, somewhat? Don't you agree? 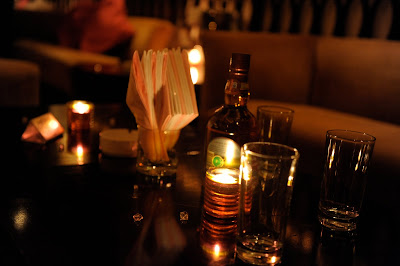 An intimate setting, lights off, candles a flutter, pink cocktails, delicious canapes and one, singular, magnificently grand red velvet cake (indeed, I am officially OVER the overt overkill of cupcakes), my bday was splendid. The music was one to remember too, thanks to Shaun Simmonds and the UK's Manny Norte, who flew in from London post playing for Rihanna, before flying back a few hours later for his show on Kiss FM. Who knows how he did it. I'm just grateful that he did. 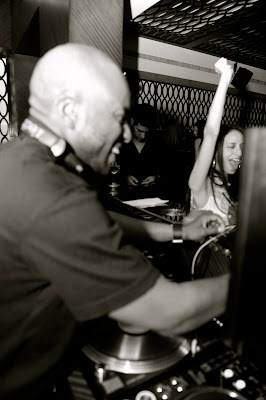 2 days later, and I too was supposed to board a flight. Instead (like an imbecile), I respectfully declined. You see, I decided to be good, "responsible", remain myself in the Kingdom and properly fulfil my working commitments. My friends on the other hand, made it to Cannes. 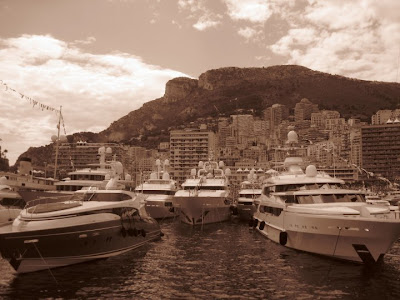 Here's where I quite often despise the many forms of communication available to us; thanks to bbm, skype, twitter, facebook, email (I could go on) my so called "friends" managed to so eloquently parade their activity a little too regularly, telling me, showing me, playing me, over and over again, exactly what I was missing out on. Wonderful that. Isn't it. 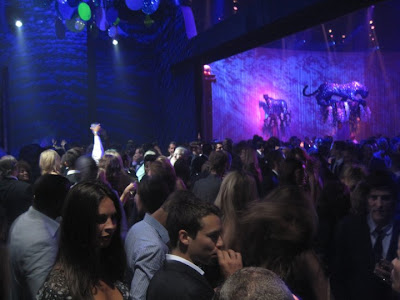 And so, in light of all things Cannes, I give myself a ''mid-year resolution'', if you will: to sincerely take life by the horns. Maintain wisdom, but remember the importance in also being playful - more often. You should too.

Back to this part of the world and a sincere congrats goes to Rawia Beyhum, who alongside Global Village Partners launched the first edition of 'Best of Bahrain'. A stunning coffee table book which I personally found to be most pleasant in its depiction of the Kingdom and its growth, balancing both commercial and cultural developments in equal measure. Basically it made for a good read, which is seldom found, and always nice. 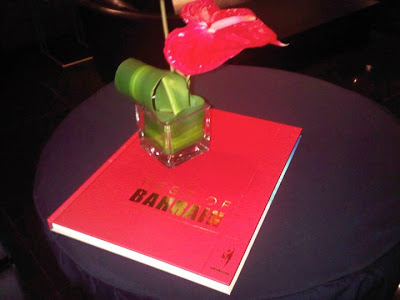 Now, the ''hot bod'' story. It continues! 10 successful sessions with CK Life (www.facebook.com/cklife) were recently completed and some have even started to compliment on the slightly more 'svelte' physique. Yay-ness. I'm thinking of revealing a before and after soon. On second thoughts, maybe not. On third, onto munchies! 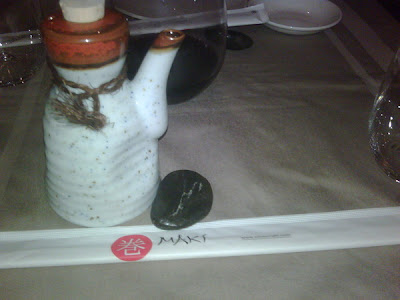 Maki: does the new Japanese hot spot that everyone seems to be screaming about live up to hype? Well, the fusion maki's [obviously] good, but that's about it. The live gold fish ensemble is, cute, but also, a little disturbing? (amidst sushi and all). Minimalistic 'art deco' vibe to the venue, which is rather cool, and a tres chic upstairs bar. However (COMMA!) Mirai remains winner in my book.

Still on the subject of food, here's my ending ''overheard'' for the month: 'you should choose your dishes like you choose your music...why be complex, particular and insistant upon greatness when it comes to feeding your ears, and less so, when it comes to your stomach?' Hmm. Philosophy, well noted.
at 8:35 AM