This past Sunday, in the absolute glory of God, we said our goodbyes to another legend. A primary role in the soundtrack to my youth. A voice. The voice, that touched multiple generations. 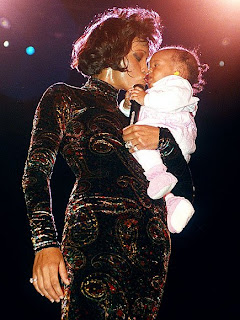 There's a lot around Whitney Houston's death (like many of the greats who've perished before her) that's actually, and significantly, odd.

For one, everybody knows now that Whitney's lifeless body was still in the Beverly Hilton, the same hotel where Clive Davis decided - despite her untimely death (?) on the same day (??) in the same place (???) - to continue hosting his annual pre-Grammy gala. Who knows the reasons behind his decision, but on every possible level, it has to be a bit weird...right? And why is there still no coroner's report?

Chaka Khan, Larry King and this blog can't be the only public figures open enough to contemplate - and ask - these questions, publicly?

Maybe the attending guests weren't aware that her body lay a few floors above them, I didn't. Until halfway through, and when I did, I was immediately taken aback, unable to sit comfortably, continued to take random walks in and out of the venue, contemplating why I was there in the first place. Was I too guilty of this obvious hypocrisy? Is it really even possible to try and turn this moment into one of celebrating her? How can anyone say Whitney would've "wanted this"? This is clearly, and disrespectfully, far too soon.

Then all of a sudden, the televised outpouring of love - after she dies. The exact same media establishments that openly dogged this unspeakably gifted woman, all now wreathing in guilt. Placing her highly by giving her the legendary status she actually deserved when she was alive.

These fans, who "love" her, conveniently catapulting her in their memoirs...when 5 minutes ago they mocked her sad state of drug-induced demise. Ridiculed her obvious cry for help. Why are we doing this, again.

Then there's those who never really said anything about Whitney. Too busy spending their expressive energies on new age "talent" that completely don't deserve it. But in order to fit in with whatever state of 'norm' this is...it was only right...

Wrong. How many gifted souls must we lose (and we've lost a lot lately) for us to realise that this nonchalant path of above water appreciation, this "I'd rather focus on nothing but me and/or getting money without giving a care to anyone else", this forced focus on the creatively irrelevant...is basically, a dangerously, pointlessly, unfulfilling road to madness.


The message. The talent. The simplicity.
True inspiration is the work of God through chosen spirits. Special individuals who carry an innate sense of compassion, an inexplicable grace, an almost tortured form of genius because, despite a clear need to reach out and love, they are forced to close back into themselves...

Inspiration defines a helpless ability to always marvel. That's talent. How about we celebrate, and respect, just that. Let's hail, help, love and expand their light, especially when they're alive.

Forget any kind of nonsense blocking this righteous view.


Kim Burrell. Those variations. Not of this planet.
If anything is to be gained from Whitney's tragic passing, it was her ability to touch millions beyond life. Her funeral brought soul culture more positive mainstream coverage than anything I've seen in years. Piers Morgan was hit so hard by the original spirit of real music that his face cheeks looked positively red, and swollen. It was as if Whitney brought us all together, under one holy roof of divine power, artistic beauty and a spiritually uplifting unification...with the help of God of course - and twitter. 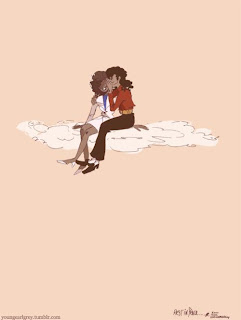 Pray for Bobbi Kristina please. In the words of Mr. Middle East Futurist, Fahad Al Saud, let's show our love for Whitney through supporting the love of her life.
at 6:10 AM

Email ThisBlogThis!Share to TwitterShare to FacebookShare to Pinterest
Labels: We love music