Not in Our Name. 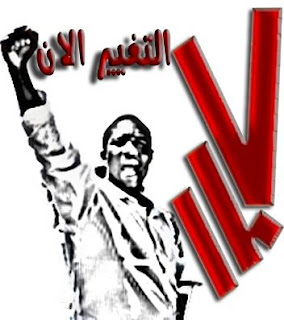 For those yet to be aware, Clooney decided to plan his own arrest outside the Sudanese embassy in Washington DC some days ago. He was protesting against the mass killings ongoing in Sudan's Nuba mountains and Southern Kordofan.

Sudan Change Now and their affiliated partners have been doing this for years. In an open letter to the Hollywood star, they said this:

"We thank you for the efforts that you are exerting in internationally exposing the injustices happening in Sudan today and in the past years. We know the importance of getting international figures on the side of justice as crucial players in bringing issues of injustice to the global debates. As advocates for peace, democracy and justice in Sudan, we would like to share our concerns and suggestions on the way in which your advocacy work on Sudan is being conducted.

Sudan Change Now stands firm in support of the people of Sudan regardless of race, ethnicity, tribal, religious or gender backgrounds. Sudan Change Now asks that you support us in showing a more comprehensive picture of the conflicts in the country with an understanding of the complexities as well as the terrible conditions that many face throughout Sudan. Portraying the regional conflicts in the country as a simplified war of Arabs and Africans concerns us. It does not fully capture the historical and politicised aspects of the conflict, ignoring that the Sudanese government is a dictatorship and does not reflect the sentiments of the majority of the people.

Sudan Change Now knows that the unfortunate truth in such politicized strife is that innocent people fall victim and very little is done to protect them. Our Movement has worked hard with other activists advocating and repeatedly protesting against the conflicts and atrocities in Darfur, South Kordofan and the Blue Nile.

We would like to make it clear that the actions of the Sudanese Armed Forces in the country and the NCP led regime are not representative of the people of Sudan.

We believe that we, as Sudanese, have the right to fight for our own causes, and that all citizens should be able to take ownership of their struggle for justice and peace; since we are the most affected by the situation and understand the complexities of the problems as well as the most suitable solutions.

However, we know that the repressive political climate in Sudan makes it difficult for the voices of those opposing the government to be fully heard. We count on international advocacy figures to support us in getting those voices heard and ensuring that the language of dichotomies is used carefully and responsibly when portraying conflicts.

We write this letter as part of our newly launched campaign “Not in Our Name” which aims to portray to the world the unrelenting and repressed  local  resistance  against the current regime that has been happening for years now within Sudan.

In order to fully support the cause of the Sudanese victims of war, we urge you and similar advocates to engage with the many Sudanese in Sudan and abroad to share their relevant experiences and opinions on how they perceive the problems and solutions of the terrible conflicts in their country.

The campaign aims to allow the voices of Sudanese (from all regions) resisting the current regime to be heard internationally and to announce its rejection of all violations that have been occurring under this terrible dictatorship for more than two decades now.

The Message of “Not in Our Name” is: Our Struggles are one and we the people of Sudan shall
be heard. On behalf of the Sudanese people, Sudan Change Now says No to War, No to Oppression, No to Human Rights Violations and Marginalization, No to Racism and Tribalism, No to Poverty and No to the atrocities in Sudan. The Resistance Continues and Shall Overcome.