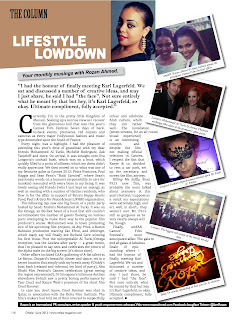 Your most popular lifestyle column, as seen in Oh La La.

Currently, I'm in the Kingdom of Monaco. Soaking up the prettiest of sunrise views as I recover from the "glamorous hell" (!) that was this year's Cannes Film Festival. 7 days of back to back events, premieres, red carpets and cameras as every major Hollywood, fashion and music type descended upon the South of France. 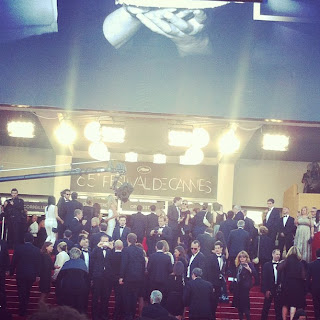 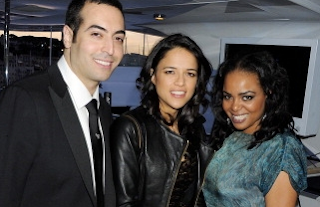 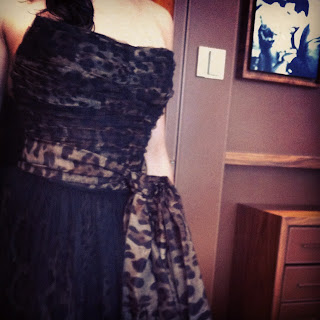 Dolce & Gabbana - we thank you.

Every night, was a highlight. I had the pleasure of attending this year's dose of grandiose with my dear friends Mohammed Al Turki, Michelle Rodriguez, Zak Tanjeloff and many more. On arrival, it was straight onto Eva Longoria's cocktail bash, which was on a boat, which quickly filled to a point of silliness, which my dress didn't really appreciate. 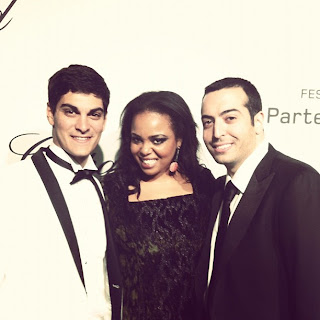 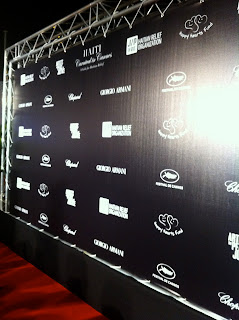 When Cannes was dedicated to Haiti. 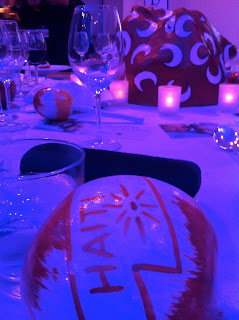 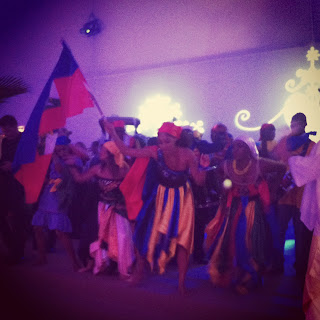 We then moved on to what was one of my favourite galas at Cannes 2012: Petra Nomcova, Paul Haggis and Sean Penn's "Haiti Carnival", where Sean's passionate words on a human's responsibility to care for mankind resonated with every bone in my being. It was SO refreshing seeing these talented individuals utilise their blessed positions to genuinely care, wholeheartedly, passionately, and courageously raise awareness on urgent issues of social development that actually matter. Salutes. 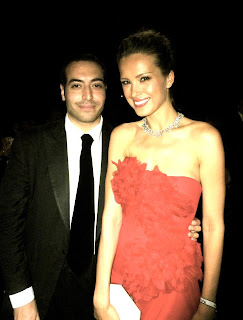 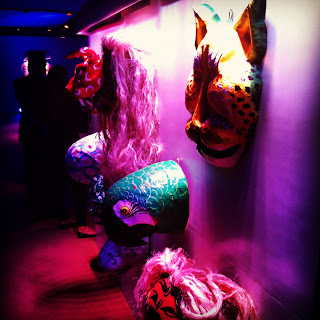 It was lovely seeing old friends (who I just kept on seeing), as well as meeting with a number of Haitian residents, who flew in for the affair in support of Petra's Happy Hearts Fund, Paul's Artists For Peace and Sean's JPHRO organisations.

The following day saw one big boom of a yacht party hosted by Saudi Arabia's Mohammed Al Turki. It was on the Omega, an 80 metre beast of a boat that still couldn't accomodate the number of guests flocking on various piers attempting to make their way to the popular film producer's soiree. 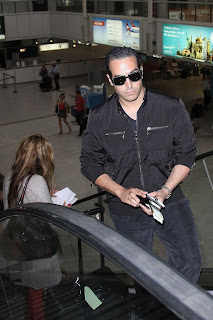 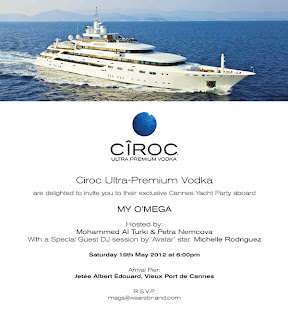 Mohammed was in town promoting 2 of his upcoming film projects, "At Any Price", a Ramin Bahraini production starring Zac Efron, and "Arbitrage", which many say will finally see Richard Gere winning his first Oscar. Post the unforgettable Al Turki/Omega reception, was the "Lawless" premiere after-party - a great movie, by the way, one that I'm pleased to say sees and celebrates the return of the alpha male on the big screen (indeed, it's about time). 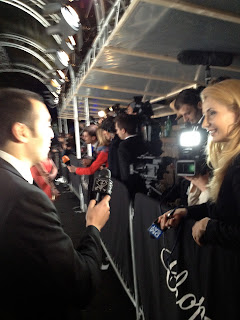 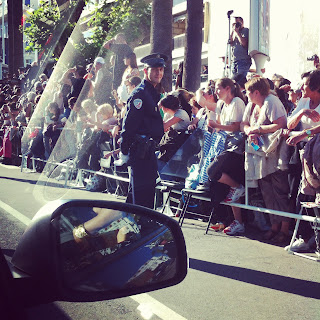 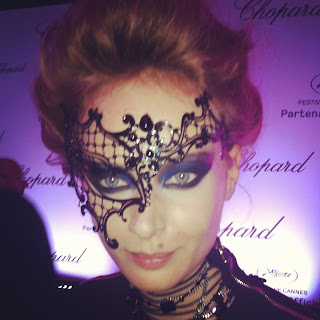 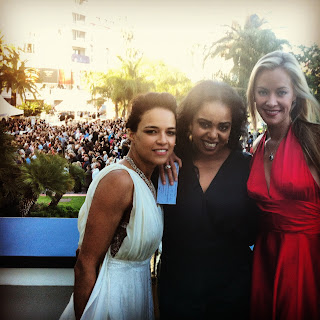 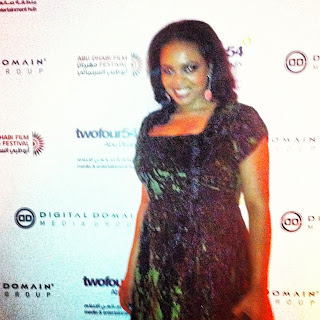 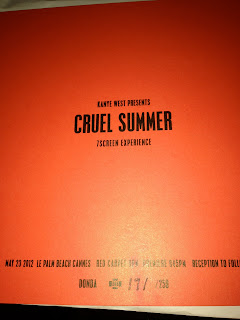 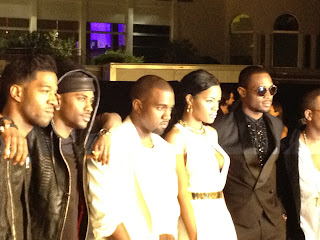 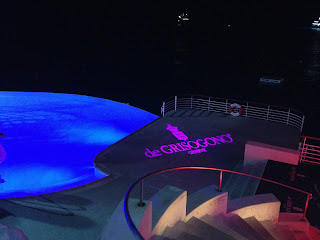 In case you don't know, "Cruel Summer" was shot in Qatar, in association with the Doha Film Institute. The premiere took place in a pyramid, which I found intriguing, particularly due to Jay/Kanye's regular referrals to the great pharaonic period. The film's makers had told me of their interest to respectfully infuse and celebrate Arab culture, which they did well.  Overall, "Cruel Summer" is visually stunning, with a very (VERY) abstract storyline starring Kid Cudi and a Lebanese actress who was blessed with the same name as me (lucky girl). The installation (7 screens, for an all round visual experience) is an interesting concept, and despite the film not making official selection in Cannes, I thoroughly respect the fact that Kanye & co. decided to rent a car park, set up the necessary, and screen the film anyway. 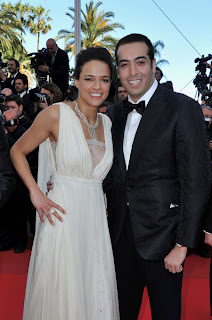 "Killing Them Softly", Brad Pitt's new film, was probably the most talked about premiere at this year's festival; I suppose as a result my expectations were extremely high, and...well, in short...they weren't really met - not even closely? Mr. Pitt's still as gorgeous as he very clearly always will be though. 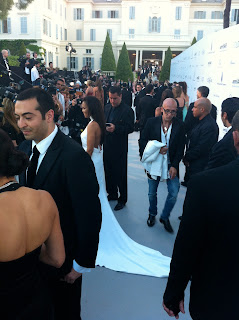 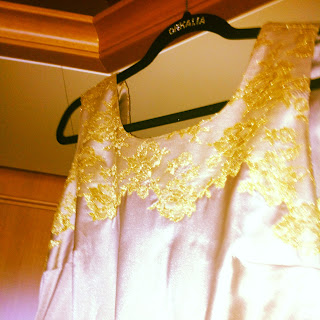 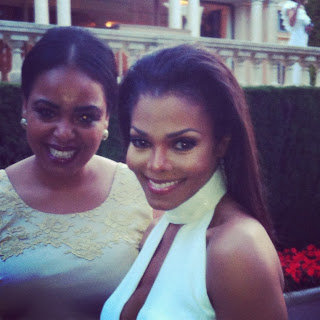 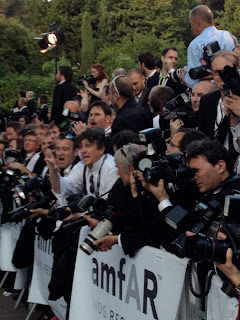 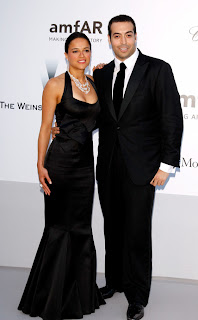 Finally, amFAR. Cannes' Film Festival's most anticipated affair. The gala to end all galas. A fabulous finale of epic standing where I had the honour of finally meeting Karl Lagerfeld. We sat and discussed a number of creative ideas, very exciting ideas, all of which we hope to make reality, very soon. 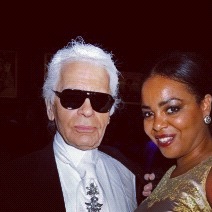 Until next month, stay counting your blessings :)
at 8:07 AM