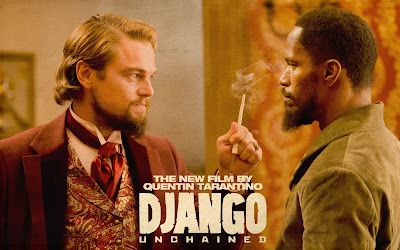 "Here we go again, another Hollywood blockbuster serving up the cultural servants... these new age famed "negroes", so foolishly prepared to humiliate their worth and history for a few dollars. Cementing superior rhetoric - again. Single story slave narrative with no recognition of previous glory - again. The transformation of pain into pageantry - again. Polarising stereotypes while simulataneously supporting the privatised prison system (today's version of slavery, just by the way). Negative imagery - excused, of course - because its 'art'. Open and rampant use of the word "nigger". Excused of course - because it's 'art'. Tarrantino wanting to 'explore slavery', at least that was his reasoning behind the story,  and then subsequently creating what is about to be his biggest grossing film to date, off of slavery..." 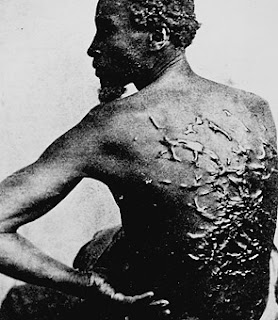 These were the initial conclusions made prior to watching Django Unchained. Premature, admittedly, a tad cynical, possibly. But considering the obvious (and it really is very obvious)... t'is a fair way to be, all the same.

Now, AFTER the experience of watching:

Granted. Good film. Had to be. It's Tarrantino. Not one of his best though. If it wasn't for the slave man's backdrop the storyline's actually quite underwhelming. A simple cartoon western, animated throughout. Humour-filled scripting, despite the completely horrifying stage. Lots of blood, but such in a way that it becomes playful. Like Red Tails, heroism in a Black context would have to be dressed in some sort of science-fiction costume I guess? Even if true. Considering the African American community (in general) are yet to even discuss the previous and current circumstances of slavery, how can we can suddenly incorporate entertainment (?) into this blockbuster depiction of the world's most harrowing human experience (??) as told by a Caucasian Jewish man (???). 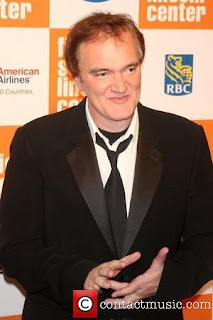 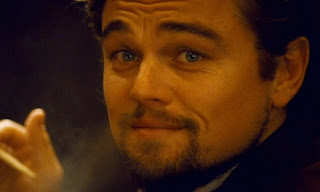 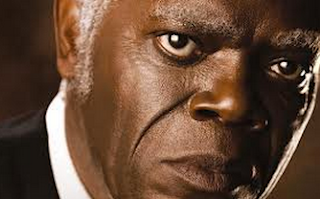 Without killing the plot for those who haven't seen it yet, it's basically about a former slave turned "woo hoo super hero". A man on a quest to find his wife (love), whilst taking revenge on all those who mistreated him (violence) and, it's all legal (humor).

Samuel L. Jackson could not have been a better fool. Don't ask me how I still managed to like the character played by Mr. DiCaprio, a most evil kind of Southern plantation owners. Jamie Foxx and Kerry Washington were actually just forgettable. And Django's bounty hunter partner, a noble man who killed people for money (?), was a linguistic joy to listen to. I would imagine his part paid homage to the Caucasions who sympathised with slaves. All 2 of them, John Brown and General Sothonax, over a period extending 400 plus years, according to existing historical documentation.

Django surely represented the thousands upon thousands of enslaved fighters who battled for their eventual freedom. Lincoln you see, didn't choose to abolish slavery. He had no choice. The real 'Djangos' were primarily not 'saved'/supported/assisted by white sympathisers. They fought, and won, indepenently. In the midst of a living and unimaginable hell. Their genitals cut off - publicly and regularly. Followed by a session of force-feeding those mutilated genitals. Breeded like cattle, raped, tortured, killed, psycologically ruined, torn apart, lynched, burned (alive), culturally eradicated, humiliated, historically ripped to pieces, identity stolen, and more... much much more... all this while successfully building the super power that is the United States of America.

Does Django Unchained make a mockery of slavery? Yes. Of course it does.

Is now the time to crack a joke or two, in and around slavery? Tarrantino and friends seem to think so.

Is it time for a similarly light and comical scenario in the midst of the Holocaust? Spielberg didn't think so. 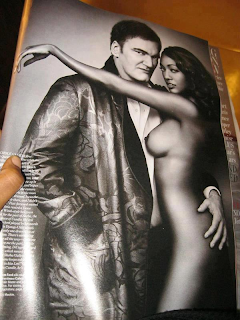 "Was this part of your slavery 'exploration', Quentin?"

Finally... this result of slavery was considered 'entertainment' once. Less than 100 years ago, actually. 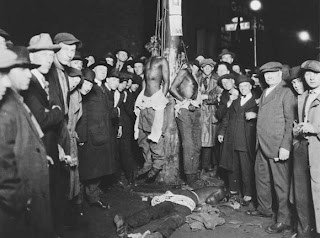 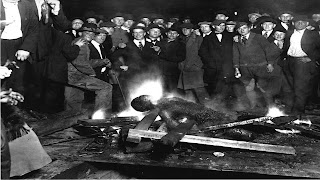 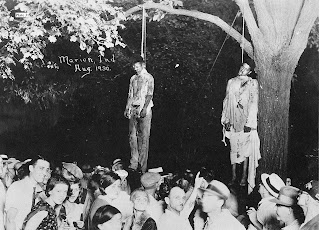 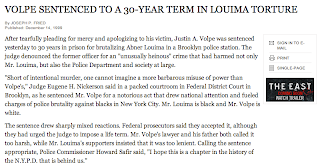 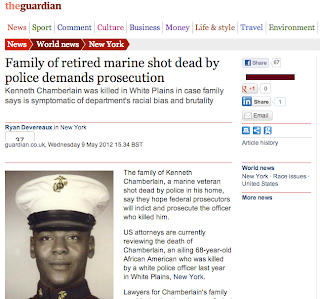 Considering the above, today's resulting and evident lack of proper address (or near recovery), was slavery ready for Django Unchained? I don't think so.
at 1:32 PM