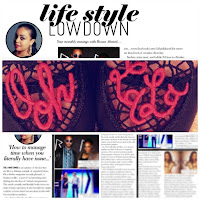 'How to manage time when you literally have none'... This, I have coined in acceptance of the fact that my life is a shining example of organised chaos. Or, as Forbes magazine recently phrased, 'a business in life' - as part of an interesting story delving into the lives of 'virtual entrepreneurs'. The article actually and literally broke down my entire being's operation. It also brought me ample comfort, to learn that I am not alone in this mild but marvelous madness. 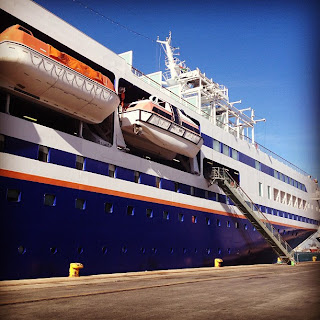 So, 2013's officially old. How we're about to complete one third of this year is completely beyond me. Over my head and unacceptable (referencing time and none of it). In 3 short months, I've been in Thailand, London, Bahrain, Sudan, Dubai (twice), and now, I'm in South Africa. Soon boarding a ship, to sail (yes SAIL), onto Ghana. More on this grand sea based voyage of business intelligence, next column. 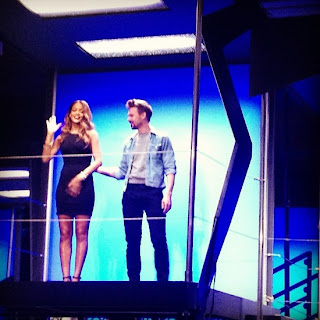 As for Thailand, I basically cleared. An actual holiday of complete unadulterated self-care, cleanse and clarity. Wondrous, that it was. Then there was London, beaming with her usual creativity, that inspiring mesh of everything most other capital cities can only wish they naturally possessed. Shoreditch house was the primary 'spot' on this occasion. In fact East London, with all its pre-hegemony cool, appears to have become the official spot for most of the young and affluent capital dwellers. Fashion week commitments were filled with many a moment, such as Rihanna's new line with River Island. Best way to summarise this collection would be by simply saying... it's very "Rihanna". Kind of 80's, kind of skanky, kind of promiscuous but also somehow "tomboy". Just kind of really Riri. 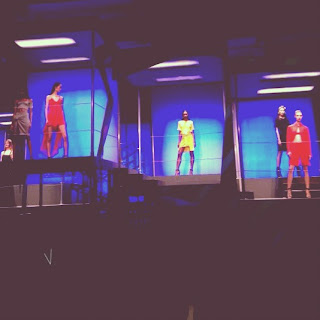 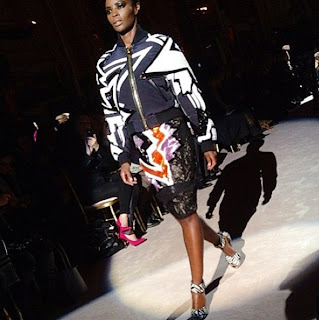 Tom Ford's show was very African to be frank. But then again so are most of the Western catwalks these days. Tribal prints in all their traditional bright colours. The odd ode to 90's hip hop. Dancehall throwbacks. Very rootsy. Indigenous, even. A definite air of fabulous - afrocentric - ly. Lanvin too have done similarly of late, so have Kenzo. It's as if many of these creative directors took themselves along to various raves in Jamaica, Lewisham, Kenya, Botswana and Congo, generating all sorts of copy paste inspiration followed by triumphant returns to their Parisian runways. Anyhoo. 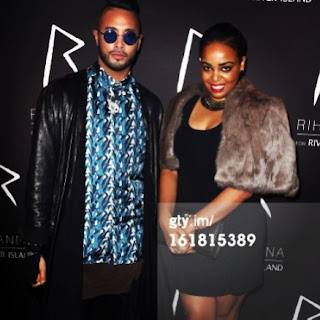 Saudi Arabia's Fahad Al Saud, generally known for his ground-breaking work in technology, affecting (majorly changing) social spheres both globally and locally within his home region of the Middle East, also made quite the splash debut at LFW. Yes correct. As well as tech entrepreneurship, Fahad's fashion stakes proved mighty high amongst London's leading fashion sets... pink link for more on that level of creative diversity.

Other fine Londre #instamoments, below: 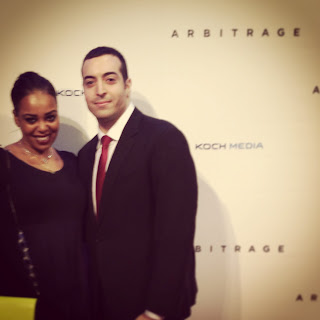 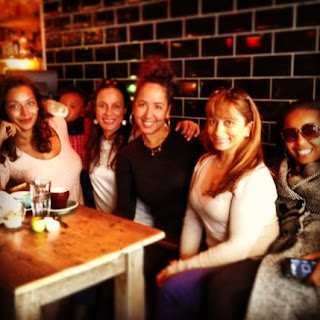 "The napkin debates" - with female greats, Jessica, Jasmine, Jodie (all these J's)
& the lovely Nadia 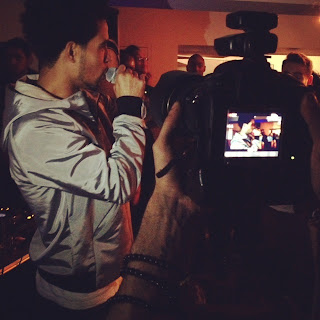 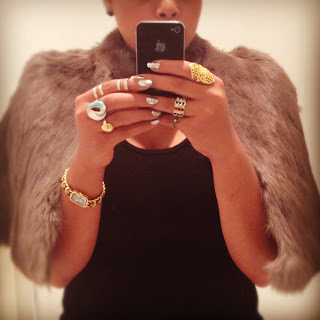 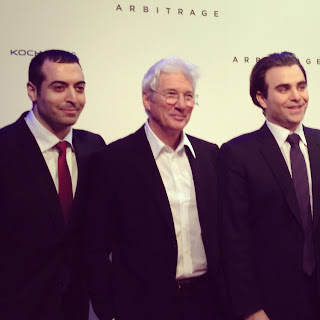 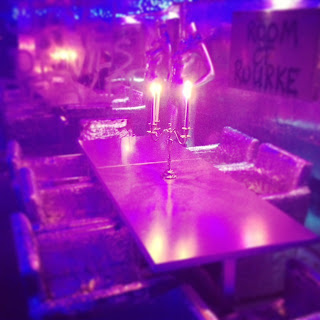 "Foiled rooms, graff...lights" - with the Wellington 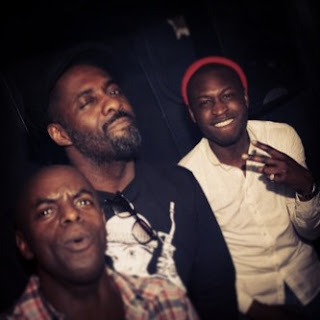 Bahrain then saw the beautiful nuptials of a dear friend take place in the Kingdom's Bushido and trademark Gulf Hotel. As much as I love weddings, they're a little boring unless those getting a 'ring on it' are particularly dear to me. This year, there's 8 of them (yes EIGHT). I didn't even know I had 8 dear friends. All deciding to get married THIS YEAR (?). In Bahrain, Jamaica, Scotland, Nigeria, Dubai, Lebanon, Scotland and the UK (??). Which now means I need a new wardrobe (???). Wow. 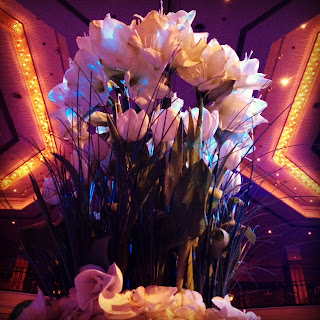 Green bar's Reem was my stunning date throughout the Bahrain based celebrations. A sister, and loved one, who will spend my 70's with me in Tuscany somewhere - people watching. Visit www.greenbarinc.com for news of her wonderful work in keeping many a body's skin (including mine) both internally and externally gleaming. 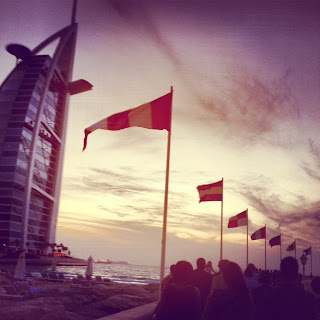 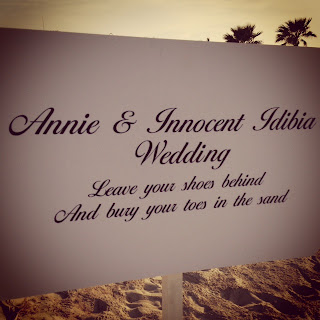 Dubai, and the whirlwind of 2013 weddings continue. This time with much Nigerian flair. The exceptionally talented Tuface married his long-time sweetheart at a rather lavish ceremony off the coast of the glossy emirate. A private island somewhere, beautifully dressed, for 250 of their special guests. With 3 chartered yachts, plenty of opulence, brilliant music, and lots of good times. 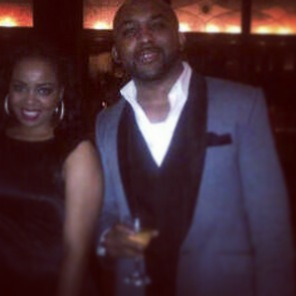 Next, the opening of Dubai's latest (and probably greatest) evening venue, The Act. For those who know The Box in London, or The Act in Vegas, well...here's your Emirati version. Large enough to house Dubai's manic nightlife, yet small enough to maintain a gracious intimacy. Suitably decorated, rich and necessary. 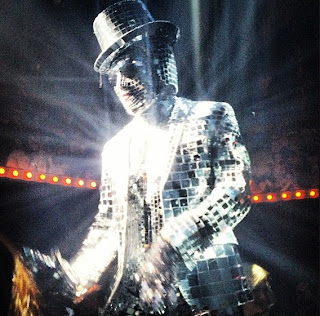