While racers take over the track at this year's race number one, the UK's Manny Norte makes his Bahrain debut, and swiftly takes musical charge. 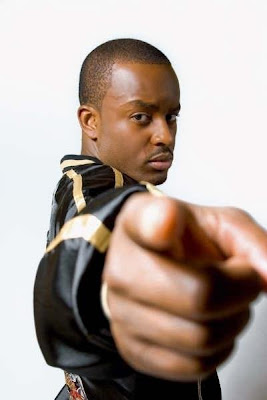 Manny Norte
"The Name You Can Trust"
Once upon a time, in the early 1990's, there was a movement called "Rotation". A collection of artists, DJs and friends (aka the Rotation crew) decided to throw a series of legendary parties in warehouses and school halls across the streets of London. They did this simply for the love, passion and fun of playing good music. By 1994, Rotation established a weekly event at the world famous venue "Subterrania", situated in Ladbroke Grove - the heart of west London.
Rotation's events continued to play host to the who's who of the music biz every single Friday, and became notorious in its name for creating what many called the ''best ever vibe for a weekend''. 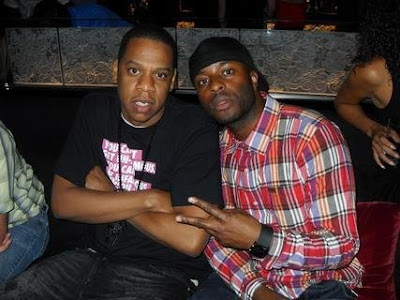 Jay Z & Mr. Norte
In 1998 Rotation won a MOBO award for ''Best club night'' in the UK, propelling the movement to levels of international fame. Manny Norte was fundamental in Rotation's events as resident DJ. His reputation grew from strength to strength and soon enough, he too was renowned for delivering the best in r&b, hip hop, dancehall, funky house music and party classics.
Sure enough, Manny was recognised as one of the country's top musical maestros, and in 2007, won his own MOBO award for ''Best DJ'' in the UK.
Capturing the MOBO moment...
Today, Manny plays all over the world, for award shows and celebrities such as Nelly, Nas, Mariah Carey, Jay Z and more. Manny is also DJ and co-host for the "Jump Off" - the UK's biggest Hip Hop battling event and one of the most popular radio personalities on Kiss 100 London. 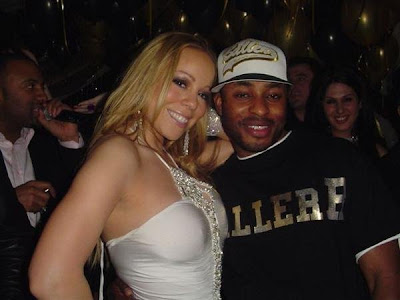 Manny & Mariah, at her recent birthday soiree
You can catch Manny Norte on Kiss 100, 101 & 105 every Friday night/Saturday Morning from 12 til 2am (for those outside the UK, go to http://djs.totalkiss.com/dj/mannynorte/) 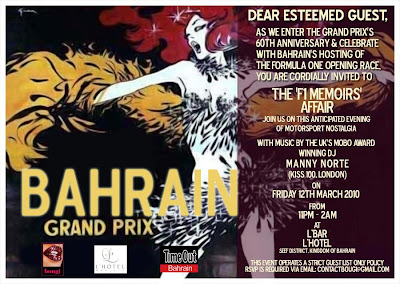 If you're in Bahrain for this year's Formula One, and have receieved your invitation to the highly anticipated 'F1 Memoirs' Affair (Friday 12th March 2010), well then you already know. Invited guests will be the first to catch Mr. Norte, live, exclusively and uncut. You lucky things you.

For more information on Formula One's opening bash, the 'F1 Memoirs' Affair, celebrating the Big 60 and highlighting the Grand Prix's greats, please email bougi@rozanahmed.com
at 1:13 AM