You can't buy heritage, unless you're from Qatar. 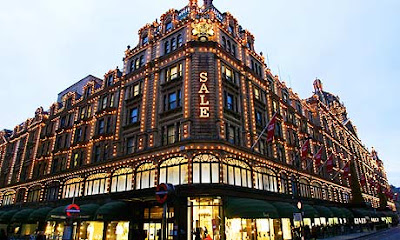 Harrods has reportedly been sold by Mohamed Al Fayed to the Qatari royal family for more than £1.5bn.
A spokeswoman from the store made no comment about the reported sale but said a statement would be issued later today.

Mohammed Al Fayed
Back in March of this year, amid speculation that he was in advanced talks with the Qatari royals, Fayed insisted the London landmark "is not for sale and is not being sold". He would not confirm or deny whether any discussions had taken place. An announcement was even made in store promising staff that a sale was not on the cards. Right...obviously.
Fayed has owned Harrods since 1985, when it was part of the House of Fraser group he acquired for £578m. It's not the first time sale talk has swirled around landmark store. A change of ownership was hotly anticipated in 2003 when Fayed announced that he planned to "permanently reside in Switzerland" after being "singled out" by the Inland Revenue. At that time, Topshop owner, Sir Philip Green, was among the names linked to a potential deal.
Trade at Harrods has defied the recession as rich tourists flock to the capital, with sales hitting a record £752m in the year to January 2009. Pre-tax profits declined 15% to £50.3m but that was largely due to a refurbishment programme that included £2.5m to repair the store's terracotta facade, which is listed by English Heritage.
at 3:24 AM