So. I was in Kenya, then Bahrain, then Dubai, then Abu Dhabi. And now, I'm back. In Kenya...again. Must be something in the air.

Bahrain was Bahrain. Always a joy. Stocked up on Green Bar, the Kingdom's beauty secret, revealed. And oh the new rosewater collection, a Middle Eastern blend of Turkey, Oman and Morocco. I can't. My skin's just too excited. Reem Al Khalifa, dear friend and Green Bar founder, also showed off her new manicure/pedicure products: The green balm, which actually nourishes your nails during the process, protects them from the drying effects of varnish too, and then, the flower polish...Yep. Flowers. That's pretty much the only ingredient. Ay thy nature. It's the only way: www.greenbarinc.com for more. 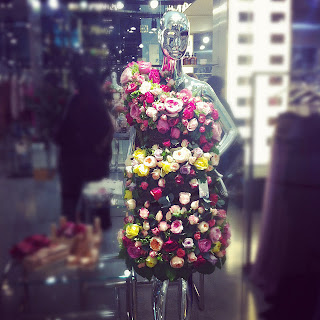 Nature, at its most brilliant: pink link
Dubai...and as I'm absolutely certain you already know, Kim Kardashian. Oh. My. Wow. She visited with her mother to open a milkshake store, and Dubai, simply, lost its mind. A media frenzy of disproportionate levels. A town, gone wild. Then she left, and a rather hilarious blame game of hypocrisy began to ensue.

I don't know the girl personally, but my observations are as follows: She's...pretty. Polite. More of a forced icon, rather than one who's genuinely made a difference in the world. She probably has no idea why such a large part of the material world's so obsessed with her either. But hey, it is. She's enjoying it...fully taking advantage of the moment...making as much money as possible.

Kim clearly relies on her mother, a lot, who I had met with at the Atlantis (t'was my first time there too - can someone tell me what that ceiling's about? Bit ghoulish). Now, Mama Kris knows how to utilise an opportunity. ANY opportunity. Credit is due. Following their departure, a rather confused Emirati designer (so it would seem) decided to go "ethical" on us after her fashion label was rejected by Kim. Scores of tweets excitedly showing love to the Kardashians prior to their Dubai arrival were promptly deleted from the label's twitter account when Kim and Kris chose NOT to support the brand. Then, suddenly, a holy lash out? Based on morality? Darlings. Please. Excuse me as I continuously LOL. Kim. Her mama. And a couple of milkshakes.
It's not Kim's fault the UAE's media houses seem to support Western talent far, far more than they do locally based creatives. That's the UAE's problem. If you don't like it, do something about it. This is nothing new. Dubai can never truly be celebrated if it continues to primarily idolise those elsewhere. Don't blame Kim for that.

Way I see it, if anyone believes media support for Kim was far-fetched, then write to your editors, your newsrooms. Demand better coverage of truly inspirational homegrown talent (I can name a few right now). Support one another. Point at the good. Eradicate the bad. Respect genuine opinion. Highlight the contradictions (don't ignore them, that's how they manifest). Praise the locally gifted. Oh...and less of the jealousy. Large up security. Increase creativity. It may also help if your discrepancies are made clear before the fact, not after? Onto the next one. 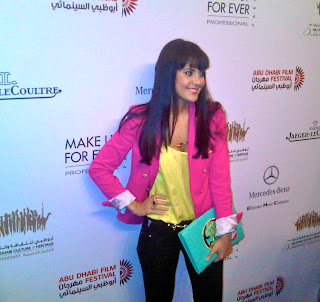 Tamara Al Gabbani, in fine colour blocking style
Abu Dhabi. The film festival. And Tamara Al Gabbani's usual rocking of the red carpet was particularly memorable this year due to her shunning of the typical gown. Laced in her love for local designers, Tamara graced the ADFF opening night in fine colour blocking style. The Palestyle turquoise clutch, a soon to be mine.

As much as we would have loved to stay for the opening movie, Janet Jackson was performing close by. An obvious no brainer, off to Yas, we go. First off, the simplicity. Jeans and a T-shirt. From start to finish. Talent like that needs no gaga-esque cosmetics. She kicked off the show with the greats, which made me VERY happy. "That's the way love goes", "Pleasure principle" and "What have you dont for me lately?". Perfect. 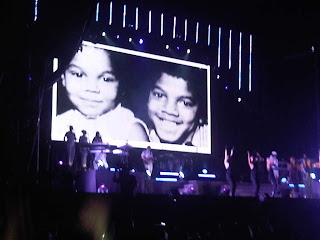 All hail the King, and his Queen: pink link
The dancing. In a beautifully heartbreaking way, Janet bears the majestic excellence of her beloved late brother. Naturally flawless. Everything these newbies can only wish they were. Sidebar: She said the words "Abu Dhabi" and "Insha'Allah" a little too perfectly. This probably has something to do with her recently acquainted Qatari beau. Love that. 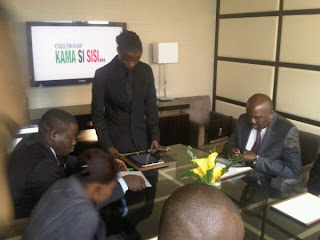 Kenya's Juliani and Vision 2030's Mugo Kibati, on location
Onto Kenya, and Vision 2030's Mugo Kibati joined forces with the country's "hottest musical property", Juliani, on the execution of a rather monumental collaboration I'm oh so very proud of - celebrating the country's "exponential potential". Indeed, another mark, made. The opening sequence to Juliani's forthcoming bomb of a song was filmed at the Sankara hotel, a boardroom "boss" feel, if you will, and features another favorite cultural king of mine, Boniface Mwangi. S/o to all the Sankara team for so wonderfully cooperating, as they always do. Merci, a lot. 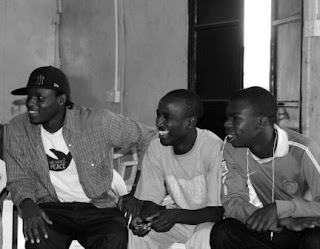 We Want Peace: The message continues
Grassroots efforts continue beautifully with We Want Peace, as we announce Kibera's #WWP ambassador, Slum Dawg. The young man has taken it upon himself to run a series of peace orientated meetings in his hometown of Kibera, one of Africa's largest "settlements", or more familiarly, slums (but I *really* don't like that word). There's independently initiated events ongoing in the area of Dandora too. Indeed, the message spreads. The vision, the dream, the reality, the music - as core. Watch out for the future.
at 6:31 AM