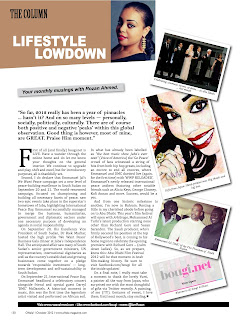 So far, 2012 really has been a year of pinnacles...hasn't it? And on so many levels, personally, socially, politically, culturally. There are of course both positive and negative "peaks" within this global observation. And we could go on about them all for hours (I already have).

Good thing is however, most of my peaking experiences in this year of the phoenix, this period of renaissance in thought, social shifts and destruction of myths, have been quite GREAT...(praise Him moment).

"Welcome to all things brilliant"

First of all - and finally- bougi.net is LIVE. Have a wander through the online home and do let me know your thoughts on the general interior. We continue to upgrade and play, shift and excel, but for introductory purposes, all is thankfully set. 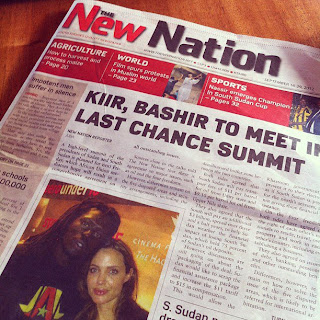 "Emmanuel Jal & Angelina Jolie...front pages, and so on"

Second, I do declare that  Emmanuel Jal's "We Want Peace" campaign set a new level of peace building excellence in South Sudan on 20 & 21 September 2012. The world renowned campaign, focused on championing and building all necessary facets of peace, saw 2 epic events take place in the super star's hometown of Juba, highlighting International Peace Day. Emmanuel successfully managed to merge the business, humanitarian, Government and diplomatic sectors under one necessary purpose of developing an agenda in social responsibility. 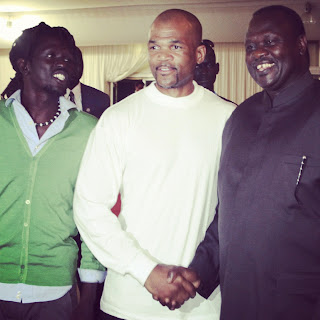 On 21 September, International Peace Day, Emmanuel headlined a celebratory concert alongside friend and special guest Darryl "DMC" McDaniels. A historical moment in music, this was the first time the legendary artist visited and performed on African soil. In what has already been labelled as "the best music show Juba's ever seen" (Voice of America) the "Go Peace" crowd of fans witnessed a string of hits from both hip hop greats, including an encore to end all encores, where Emmanuel and DMC duetted live (again, for the first time) with “WWP RELOADED”, Emmanuel’s newly released international peace anthem featuring other notable friends such as Alicia Keys, George Clooney, Kofi Annan and more. Success, would be a yes. 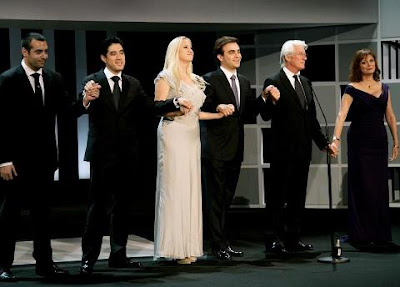 "Arbitrage...en route to the Middle East"

And from one historic milestone to another, I'm now in Bahrain. Resting a little in my cherished abode before going onto Abu Dhabi. This year's film festival will open with Arbitrage, Mohammed Al Turki's latest production starring non other than Richard Gere, Susan Sarandon and one of my personal break-out favorites, Nate Parker. 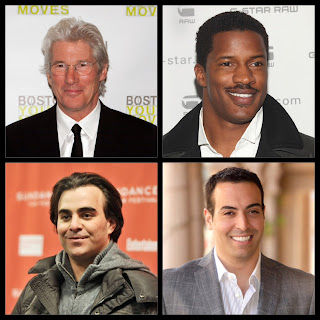 The Saudi producer, who's firmly secured his position at the top of Hollywood's best, is coming to his home region to celebrate the Abu Dhabi opening premiere - with Richard Gere (calm down ladies), Nate Parker and Arbitrage's phenomenal director, Nicholas Jarecki. So, as we prepare for this momentous occasion, please know this: Abu Dhabi Film Festival 2012 will be that moment in Arab film making history. Be sure to pay regular visits to bougi's spokesperson for all the inside updates... 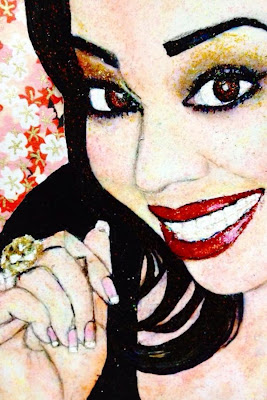 On a final note, I really must take a moment to thank the lovely Yumi, a painter all the way from Japan, who surprised with the most thoughtful of gifts via twitter recently...A painting, of me (?!?!). Gestures of sweet, I love them. Until next month, stay smiling.
at 4:52 AM