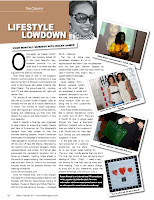 Once again, an insane month. 2011 has certainly kicked off in the most beautiful way, however (comma) I'm not quite sure if my mental and physical set up can take much more of what has been a gruesomely piled on schedule.
Post 3 days rest in the Kingdom (there's nowhere better to wind down), it was back to the Horn of Africa for continued ground work on Emmanuel Jal's global initiative 'We Want Peace'. The ground was hit - running, with TV and radio appearances left, right and centre. Yay. On 9 January, we headed over for a 1 day visit to Southern Sudan's capital, Juba, to witness the first day of a historic referendum, in action. The entirety of Juba's population were seen queuing in various poling stations, singing and celebrating, as they took that defiant first step in self-determination. It was beautiful. 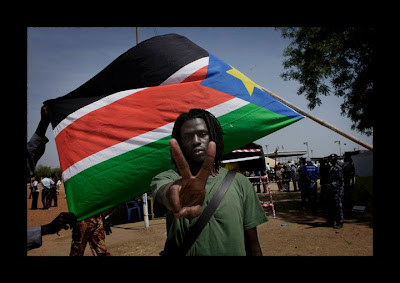 Emmanuel Jal. Juba. Southern Sudan. 9 January 2011. History.
Back in Nairobi, and a final gig was organised to give thanks to supporting media, friends and fans of Emmanuel Jal. The Westland's Sankara Hotel was chosen to host the intimate listening session where Emmanuel showcased his campaign's introductory music video (pink link) as well as a number of tracks off his new LP 'See Me Mama'. Attended by the nation's most prominent bloggers, media representatives and artists, Emmanuel also announced the campaign's transition into a focus on tribalism. Exciting times ahead, in the world of peace building. Get involved. After all, most of our fortunate luxuries would not be possible without the blessing of stability: www.we-want-peace.com 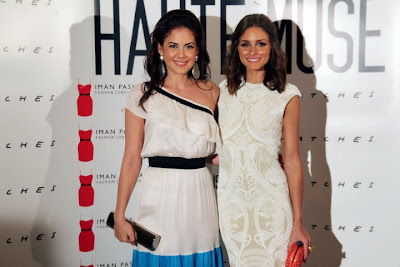 Tamara Al Gabbani and Olivia Palermo.
On to the Middle East, and into Qatar, for a 3 day parade of fashion and football, with Wonho, Haute Muse, Tamara Al Gabbani, House of Glamo and Olivia Palermo (pink link for more). Wonho's his real name by the way. I checked his ID. Hil-arious. The city of Doha was remarkably pleasant. An air of sophistication and calm I can only associate with my little gem, Bahrain. Despite its unbelievable wealth, there too was a warming vibe of humility. Also, might I add, a superb taste in hand bags. Ladies. High five. 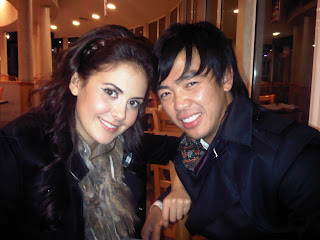 Tamara and Won-ho (no need to mention where we were ;-)
A final fly back to Bahrain, and it was straight into Grazia's photo shoot for an upcoming F1 special. Rushing myself to that shoot, upon landing, with little make-up - and BAD hair, wasn't exactly the best way to go about things. Aneeehoo, check this month's issue of Grazia Bahrain, for the results :-) 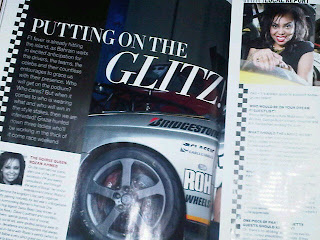 Teaser.
And, finally (whilst shutting down like an unforeseeable drained blackberry), here's to month 2 of 2011, February. A month of love, it would seem. Should you have a boyf, girlf, husband, wife or fiance, may you relish in the romance of it all. Should you not, then take your friends out and celebrate singledom.
See, in the past year or so, I've had somewhat of a positive awakening. Let me share. To all you single ladies looking for 'that guy', may I kindly advise that you don't. T'is true, this month of love can bring about feelings of 'uhhh...(God)...I need a man', but looking for that man can be tiring, and time wasting.
Trust in the earth's energy to bring him to you. Meantime, enjoy the present blessings, and love you. Ciao x.
at 11:52 AM