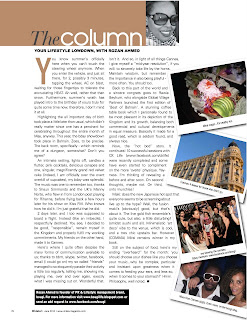 ''Your Lifestyle Lowdown, with Rozan Ahmed, out now in Oh La La Magazine''
So. Quite the rambunctious 30 days. First off, bougi V: A whopping success. I do argue that it's possible to create that entertainment experience we often have to hop on a plane for, right here, at home. Thus proven once again, at bougi's latest bash.

''bougi's seasonal stupendousness: We had a ball''
This time, bougi's network of social darlings were invited to both celebrate another fantabulous affair, as well as preview the Kingdom's latest addition to its restaurant scene: block 338. There were perks, such as ''table tagging'' and other cute decor tid bits. Then, there were neck & head massages offered by The Mobile Spa. Then, there was bougi's untouchable ambience. Then, there was the music. As expected, Mr. Jarren C, Kelly Rowland's official DJ, provided a stupendous musical soundtrack to the oh SO memorable affair. Much thanks goes to the event's associated partners: L'Hotel, bougi's boutique bestie, Earth TT, the solution in environmentally responsible technology, Green Bar, your skin's natural extravagance, and The Mobile Spa, the first and best in home delivery beauty treatments. Click on the pink link for all visual momentos. 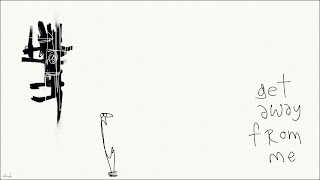 ''Amateurism will NOT be tolerated''
Dubai and Abu Dhabi were next on the agenda. Film festival shenanigans in the town made famous by Carrie Bradshaw and co. (even though most of the movie was filmed in North Africa) and a whirlwind of fashion related activity in the slightly psychotic emirate of Dubai. Oh, why psychotic? I hear you cry. Well, a term was once coined when Hong Kong welcomed a bunch of desperate ex-patriates back in the 1990's: F.I.L.T.H (''Failed in London, Tried Hong Kong''). We now need to come up with one for all the hilariously self-indulgent pipe dreamers currently infesting Dubai.
Sorry, but never have I come across so many CRAZY amateurs, in the same vicinity, at once, ever. The ''filth'', as it were, seem to be from all over the place too, like an international bouquet of furious fakers. I know. How about F.E.D? ''Failed Everywhere...(erm, oh God, what now)...Dubai?'' Perfect. Yes. FEDs it is.
Saying that, I'm loving the triumph currently in action by some of the more creative homegrown talent. Local fashion designers, impressive print media moves, smart PR and courageous trend setting individuals are beginning to cultivate a savvy scene of local understanding and global prowess, with class, dignity and humility - the fundamental makings of genuine stars. More of you! Si vous plais! 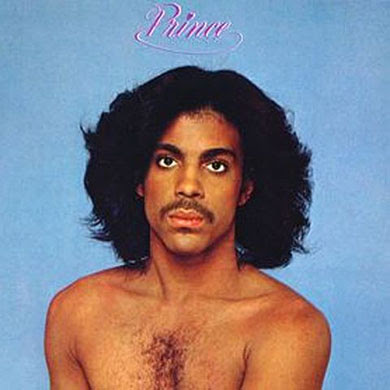 ''He's coming to see us soon'' (Smile)
Back to Abu Dhabi, and how pleased am I about their musical endeavours for this year's Formula One? Amongst others, the one and only Prince will soon be gracing UAE soil. Wondrous job. How about sending a memo to the guys in Bahrain? Perhaps advising that Sean Kingston, and other such moronic ''talent'', aren't exactly what your typical F1 audience would be looking forward to.
By the way, retrothing.com, my definite web pick of the month. Not that I'm a gadget girl, but Gameboy iPods and vintage keyboards? 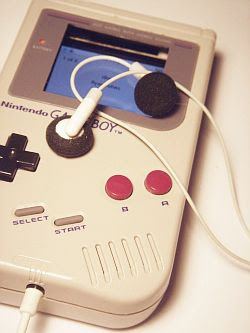 ''Yeap. All day.''
Now, Sudan: I ask that you pay particular attention to this final paragraph, then, sincerely, follow up with some action. And I'm not just saying this because I happen to be a direct descendant of the pharaohs who once ruled the land where civilisation began (check your history). Sudan is in a dire situation. It is in fact on the verge of a man made Haiti hell. Violence looks set to make a scary and bloody return. After years of war, over 2 million people killed and a number of failed peace agreements, Sudan, the heart of Africa, is dangerously close to collapse. A referendum is expected to take place on 9 January 2011. The country may sucede as a result. Either way, if spirits aren't calmed, guns will flare.

www.sudanesesummit.com. Log on. Get educated.
www.twitter.com/peaceinsudan. Follow. Show your support.
Please, help us, make noise.
The summit takes place in Kenya between 23-25 November 2010. I will be there as a guest speaker, alongside Emmanuel Jal, Ger Duaney and other influential activists. It is imperative we all take action in whichever we can, to cultivate peace, empower, enlighten, unite, and stop the potential bloodshed.
at 5:55 AM