So we're not the biggest fans of open air festivals, mud, dirt and all that jazz. It's juu'ust, well, not our milk and cookie. But since LA's Coachella line-up was significantly awesome this year, with a rare performance by the Gorillaz (!), we tracked down the UK's self-made 'muse' to all things super cool,  Aymen Ahmed, and asked him to give bougi his inside view of the highly coveted musical showdown: 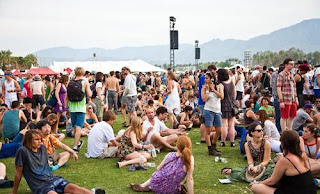 I found out at Coachella – the uniquely diverse music festival in the middle of the California desert - that Jay Z would prove Noel Gallagher wrong (again) by not only headlining the Friday, but unarguably being the best received gig of the day and one of the highlights of the weekend. So. There. 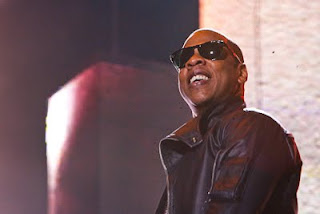 With a spectacular 3-D backdrop of the Manhattan skyline, Hov rolled through the many bangers of BP3 as well as hits from yesteryear, including the usual ritual of splitting the crowd in two with one half singing ‘Jigga What’ and the other half ‘Jigga Who’.  The show was capped off with the Brooklynati’s daisy-duke-chic wife Beyoncé coming out to sing Mr. Hudson’s chorus of ‘Forever Young’, with a spectacular ensemble of fireworks to cap the performance, and night, off - NICELY. 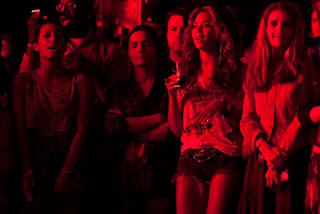 The success of rappers at Coachella were actually not very successful at all. Wale; due to open the main stage, arrived 40 minutes late and subsequently could only put together a 10 minute medley; although Wale was in good spirits, I feel a two hour ride into the desert didn’t make for a worthwhile venture.
Saturday consisted of partying (hard) to the likes of Major Lazer, Tiesto, 2 Many DJs, Flying Lotus, MGMT, and Hot Chip (can you see a pattern emerging here?). Their outstanding light shows and eclectic genre-mixing capabilities left me dumbfounded at what Sunday could have in store! Woo. Hoo. Onto the next one.
Before speaking on this weekend's phenomenal highlight (The Gorillaz, obviously), please allow me first discuss my biggest disappointment. Legendary musician ‘Sly Stone’ was due to appear in the Mojave Tent at 7pm, so my friends and I arrive backstage around 6:45pm asking of his whereabouts, several guys working there insist on Sly's soon arrival, but me, I wasn’t so sure..and, I was right – well, technically.
Two hours later, Sly finally shows to a quarter full tent dressed in a policeman’s uniform and a mop wig (literally). He goes on to rant inaudibly for 15 minutes about a law suit with his former manager. The band around him seem equally awkward about the ongoing situation (as we were), while continuing to jam incoherently (aka BADLY) with their lead singer. It was at this point that I decide to go, and make my way to the Coachella stage for the festival finale. Yep. Definitively onto the next one. Gorillaz have rarely performed live, and never without their masked character alter-egos. This time though, they came through in full 3D (yes! Humans!) backed by a string orchestra, soul legend Bobby Womack, Little Dragon’s Yukimi Nagano, De La Soul, Mick Jones of The Clash and a gigantic HD screen background with a filmed intro by Snoop Dogg. Oh my wow.
Kano and Bashy were supposed to be there too, but couldn’t make the eclectic genius of an extravaganza because volcano (that one word explains it all now doesn't it?). Nevertheless, our Brit boys were there in spirit, as Gorillaz still performed ‘White Flag’, along with other tracks from their 2010 release ‘Plastic Beach’ and older favourites including ‘Feel Good’, ‘Dirty Harry’ and ‘Kids With Guns’.  I much preferred the band in real life as opposed to the 2-D version. The HD screen also complimented the act superbly, with some awesome animation!
Although it is significantly far for anyone outside the US, I would recommend Coachella to ANYONE who remotely appreciates good music. It’s my favourite festival by a country mile – perfect weather, amazing line ups, surrounded by palm trees and models. Seriously, what more could you want? 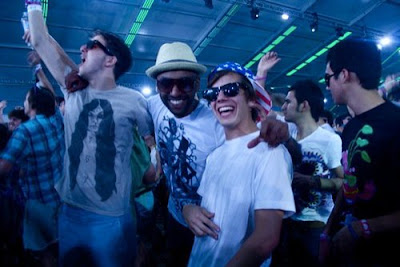 Aymen Ahmed's blog, http://aymentv.wordpress.com/ is part of the Vice blogging network. He also writes for a number of UK based music titles, the Manny Norte website and vocalises his opinion through regular shows on his youtube channel (he DJs too). It's alot.
at 2:41 PM